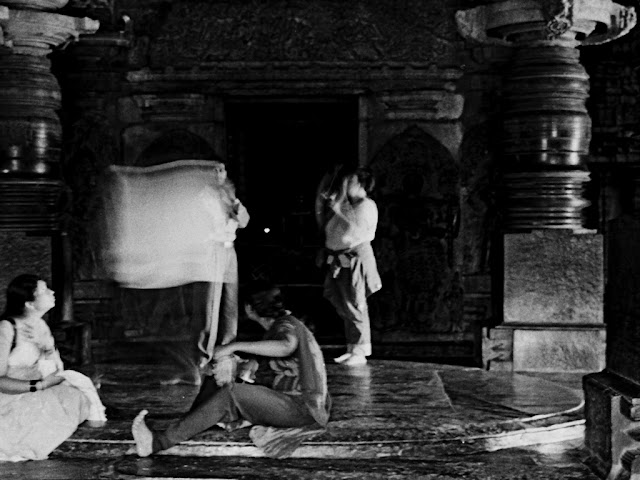 I traveled to Hassan on a bus early in the morning with my girlfriend and one of my best friends. From there we hired a vehicle to visit the temples at Belur and Halebidu. At the temples using a tripod or flash for photography was prohibited unless you acquired special permission for them beforehand. I hadn't done that, which meant once inside the temple I had to rely only my hands for steadiness, and long exposures to capture pictures with more detail. Handheld long exposure photography was a recipe for some poorly timed blurry photographs and some interesingly whimsical ones.

Note: I was tempted to add some light streaks to the above photograph using Gimp, and perhaps a mask on the man to make him look like the comic book character 'Flash', but decided to share it untouched. If you as a reader feel like doing so or have a different idea, please make it happen and share in the comments below.