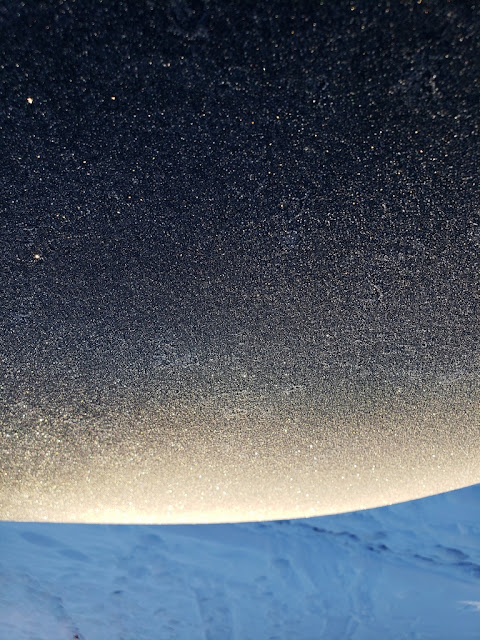 It was a winter morning and time for my commute to work. I bundled up adequately and trudged in the direction of the bus stop, walking on the road to avoid the icy sidewalk. I passed many ice covered parked cars and the sun was peeking out from roof tops of the townhouses in my neighborhood, its light blinding, reflecting of the snow on the ground, and hoods and windshields of cars. This photograph captures the scene on one such hood of a car. I adjusted the angle of my phone camera to hide the houses, and all that remained was a small snow covered hill, the hood of the car and the light from the sun. The picture's orientation has been shifted 180 degrees to create the illusion of a star covered sky, and a sun rise.