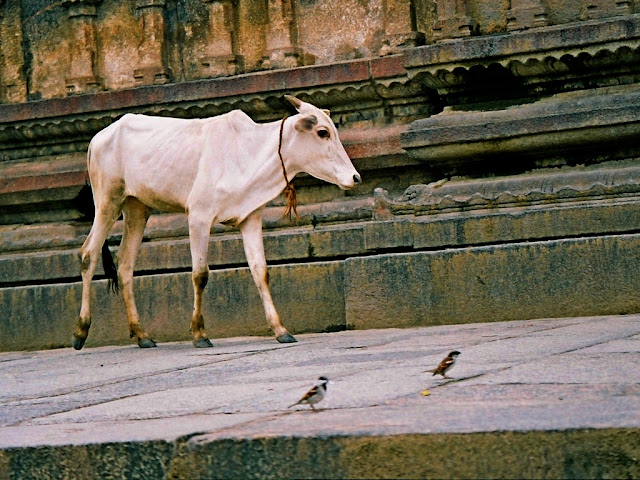 Jul 30, 2005 | A calf and a pair of male sparrows take a stroll in temple premises at Halebidu, Karnataka (India).