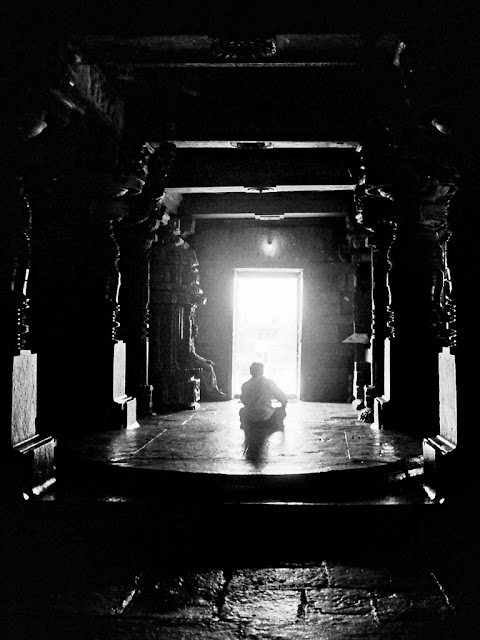 The architecture and play of light at this temple was beautiful. My attempts to capture this does little justice to the true beauty of the place.